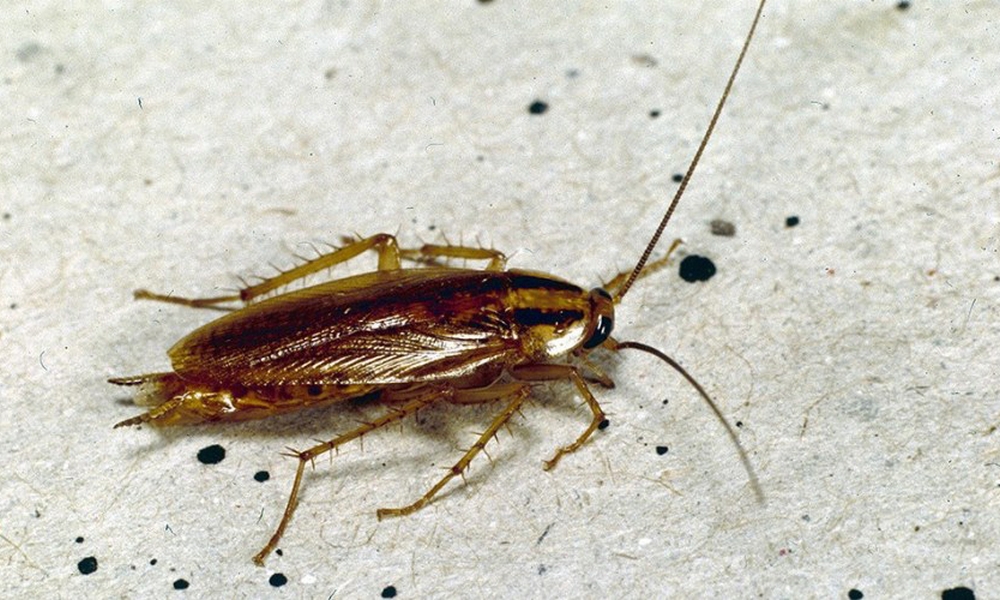 They are rarely able to survive out of doors in the Irish climate, but thrive around the heating ducts and boiler rooms of large centrally heated buildings e.g. hospitals, bakeries, hotel and restaurant kitchens, laundries and blocks of flats. They cluster around pipes, stoves, and sinks, especially in humid areas.

The German cockroach carries its egg case, a small brown purse-like capsule, until the 30 or more nymphs are ready to hatch from it. The Oriental cockroach deposits its 13mm long egg capsule on packaging, sacking or in suitable dark crevices before the 16 or 18 nymphs hatch out.

Cockroaches grow in stages – from nymphs to maturity in six to 12 months for the Oriental cockroach, but only in as many weeks in the case of the German cockroach.

Both species eat any sort of food and are most active after dark, from their inaccessible harbourages, to forage, contaminating food and food utensils, or food preparation surfaces as they go. They taint food with an obnoxious smell and may be carriers of various diseases, including serious food poisoning.

Control of cockroaches is seldom easy because of the difficulty of getting the insecticide to the insect. The insecticide, ideally, should have sufficient persistence to kill the nymphs hatching later from un-hatched egg capsules.

Apply an insecticide in aerosol form sprayed into all possible harbourages or an insecticide powder labelled for cockroach control. If the problem persists, call in a pest control contractor or your local authority environmental health department.