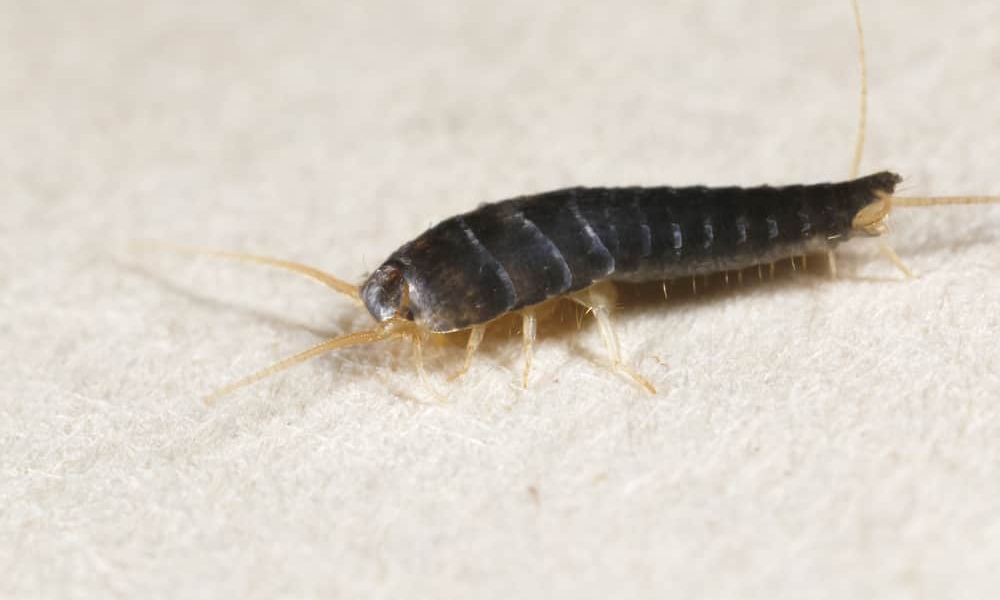 A cigar-shaped, silver-grey, wingless insect about 12mm long, found in damp areas commonly in kitchens and bathrooms. Nocturnal in habit, but often trapped in baths, basins or chinaware as it cannot climb the smooth surfaces. Moves quickly and has three long bristles at the tail end.

Occasionally damages paper but feeds on residues of starchy substances such as glues, wallpaper paste and carbohydrate food debris. It may indicate damp conditions which need attention.

Eggs are laid in cracks and crevices and the nymphs grow by an indefinite number of moults. Can grow a new leg if they lose one. Adults can live for over three years.

A closely related species, the Firebrat, is flatter and speckled, without the metallic appearance, and favours hot, dry situations, but can still be destroyed in the same way as its cousin.

Correct any persistent dampness. Spray harbourages with a household insecticide or insect powder labelled for control of silverfish.